While at Kelling Heath in October I took advantage of the darker skies to leave the scope collecting data until dawn of this area just to the west of Rigel in Orion. The Witch Head is very faint and being low in the southern sky is swamped by light pollution at home. This is a re-processed version of the image that appeared on the club Facebook page some time ago and I was planning to add more data over the course of the winter. However, having just purchased a new refractor this isn’t going to happen and I’ll start over with the new telescope.

Even from Kelling there were severe light pollution gradients on these images which I removed using Pixinsight. The club’s dark skies site at Haw Wood on the Suffolk coast will probably be the location of choice for any new attempt. 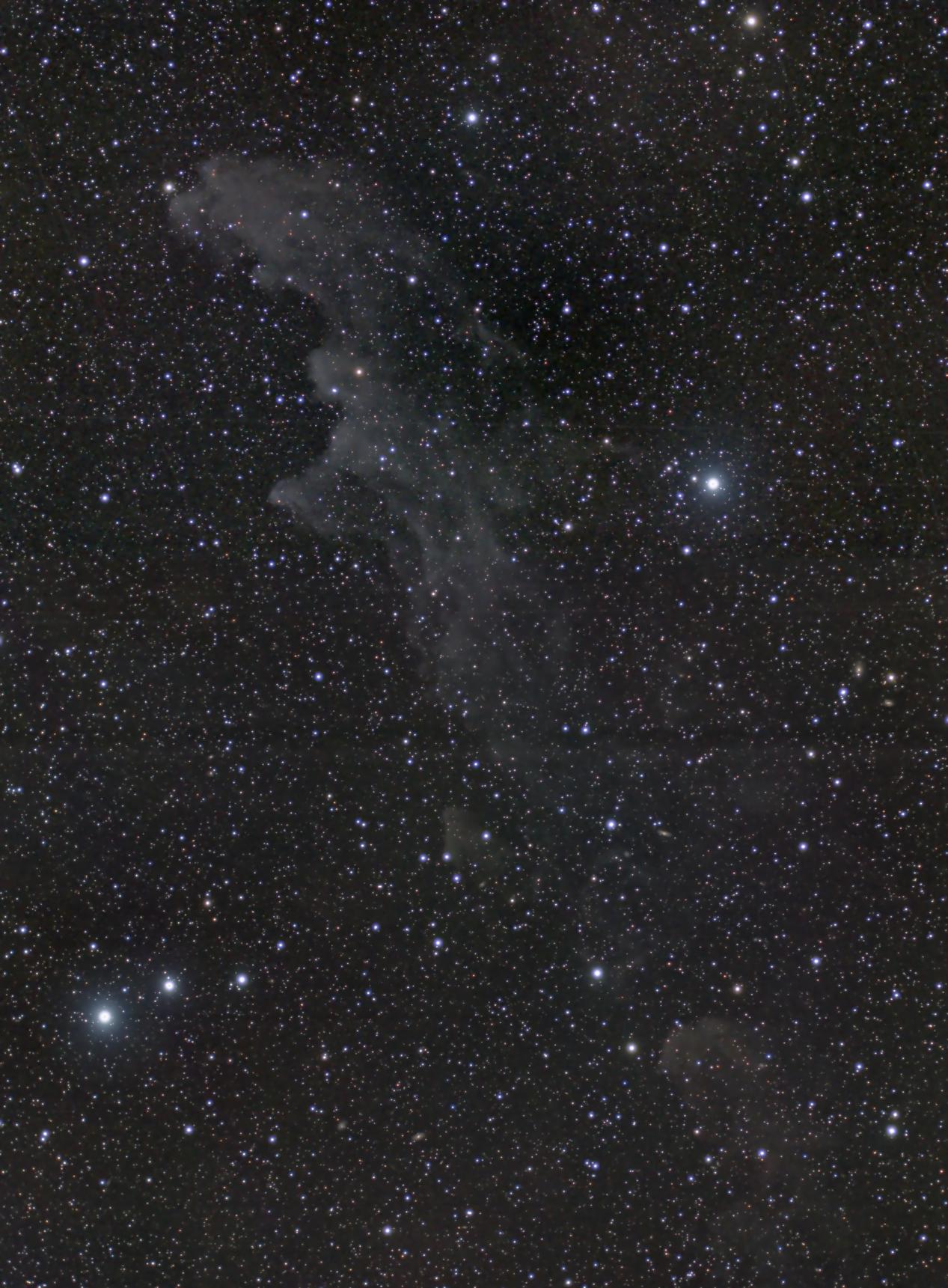