Tuesday night was pretty clear so after taking the pictures of Albireo on the club’s 20″ reflector I switched to M27. The 20? has some problems with tracking and field rotation as it’s on a motorised Dobsonian mount so it’s best to use a high ISO setting on the camera and keep the exposures as short as possible. I took 30x 20 second exposures at ISO 1600 and 15 were usable although there’s some elongation visible in the final image. 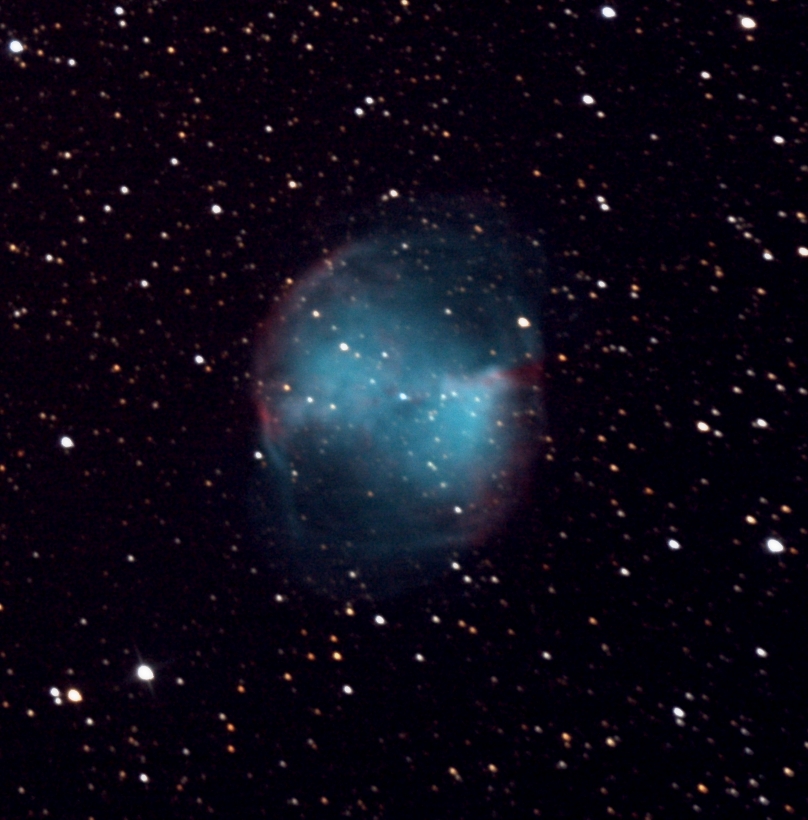 M27 is a planetary nebula, recorded by Messier in July 1764. It lies about 1000 light years away in the constellation Vulpecula.