Saturday was clear and the forecast for the evening was good so I started looking at Cartes Du Ciel for possible targets for the 20″. Low in the East is generally best for this system and fitting the bill perfectly was a comet, C2009/P1 (Garradd). Brightness was shown as mag 8.8 which is fairly bright as well.

There were some problems with the altitude drive which resulted in a fair few frames being rejected but, after a couple of runs through Photoshop trying different techniques, here is the result. 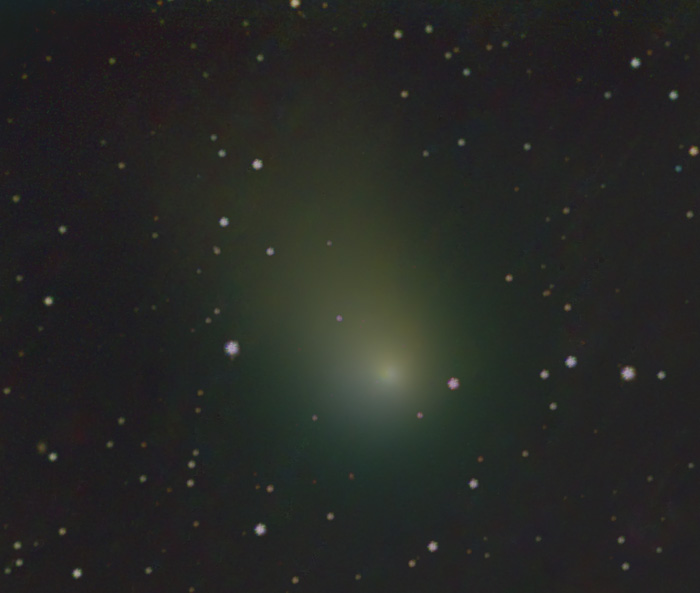