In 1966 when George Abell compiled his catalog of planetary nebulae entry 85 in Cassiopeia was mis-classified. While it has some resemblance to a planetary nebula it is subsequently been found to be the remnants of a supernova explosion . However, unlike the Cygnus loop it’s emission is mainly in H-a with very little O-III.

I’m still collecting data for this object but this is a process of the first 12 hours of images shot through a Baader 3.5nm Ha filter. 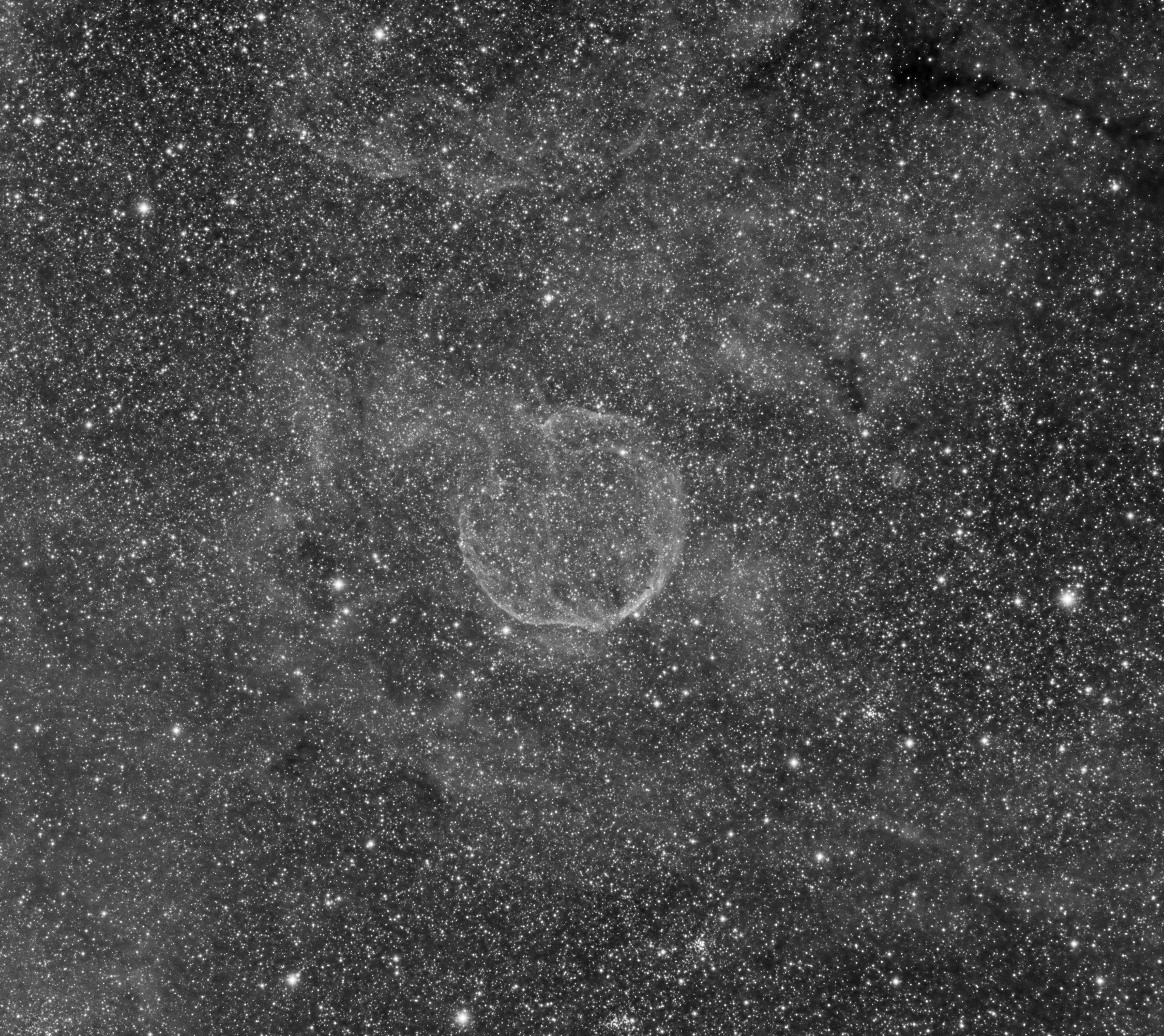