In between the high cirrus clouds that were prevalent over the Kelling star party last weekend I got a couple of hours worth of exposures of these galaxies in Canes Venatici. (ngc 4631, 4627, 4656 & 4657). Because they’re both fairly large at 16 arc minutes  they make a nice combination for the Baby-Q and QHY9. This combination produces a pixel scale of 2.475″/pixel which is a little coarse for imaging the finer detail in galaxies but with the UK’s pretty average seeing conditions probably isn’t too under-sampled most of the time.

The Hockey stick has two NGC numbers; 4656 which is the core and 4657 which is the bright knot at the distorted eastern end. This distortion is due to interaction with the Whale and both galaxies are at a distance of 30 million light years. 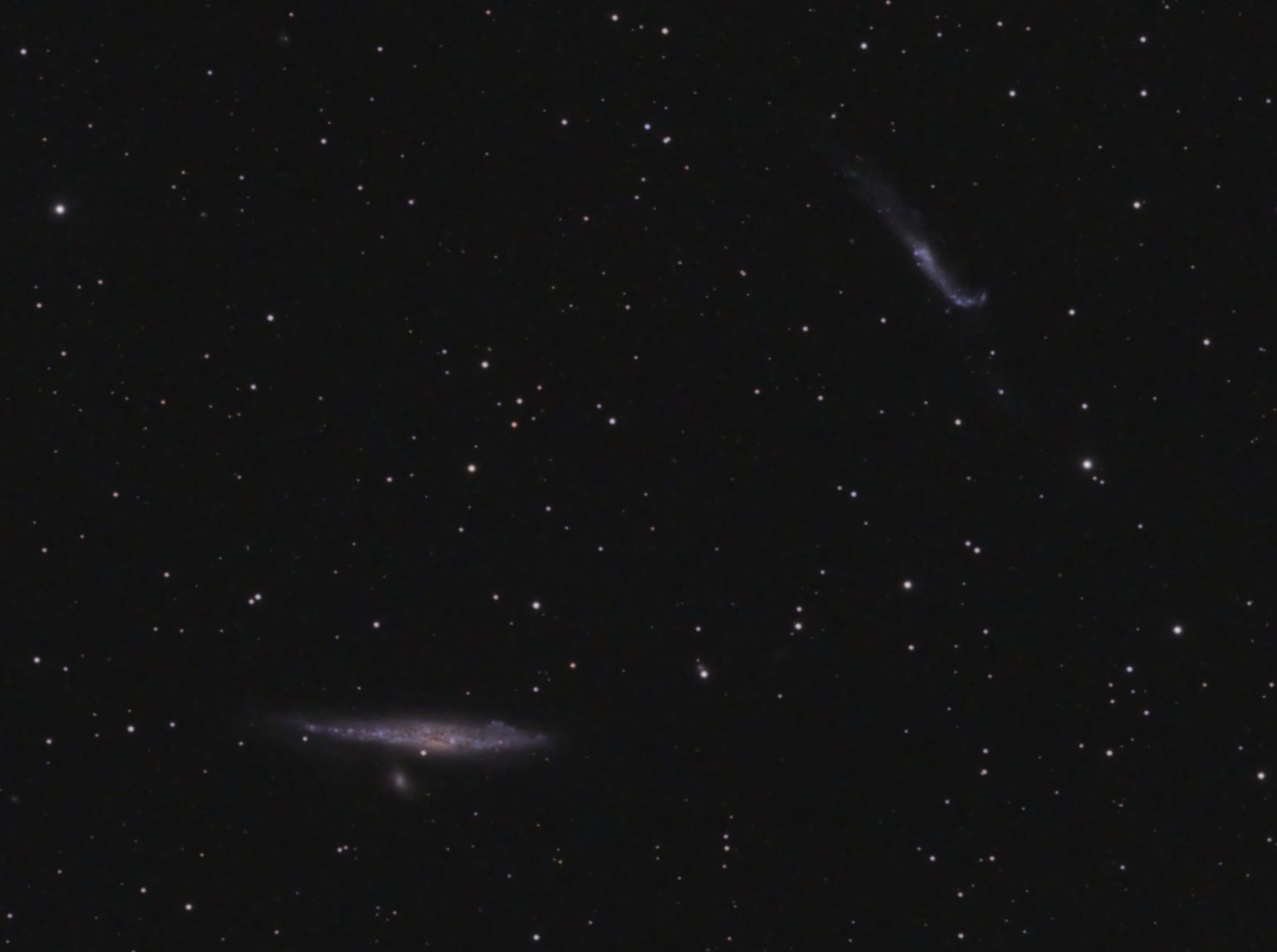 Acquiring some more data will help bring up more faint detail in the galaxies. I’m very pleased with the colour rendition by this telescope / camera combination in both this image and the previous Leo Triplet image.

2 replies on “The Whale and Hockey Stick galaxies”

Simon here from Kelling Heath Star Party. I think you were taking this show when we met. Looks great!

Thought I’d drop you a line and say hi.

Good to meet you at Kelling. Had a look at your Flickr site, some nice pictures there.